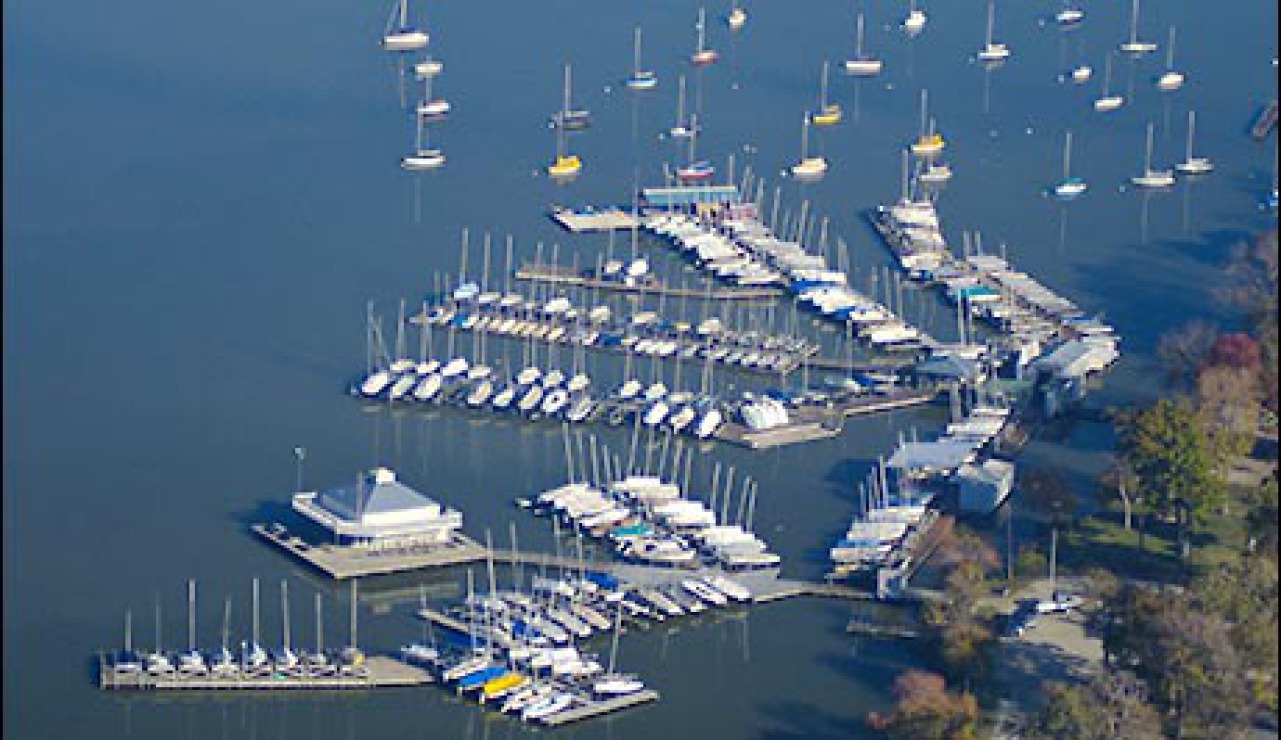 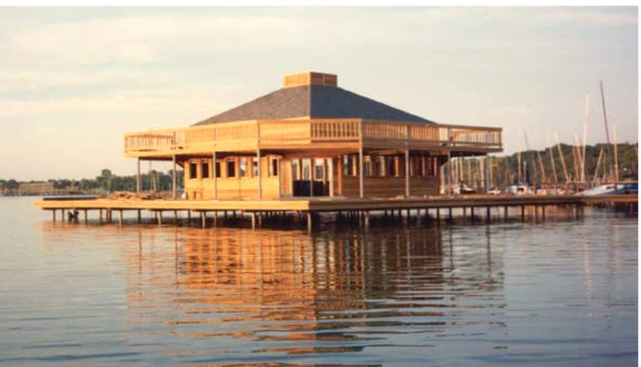 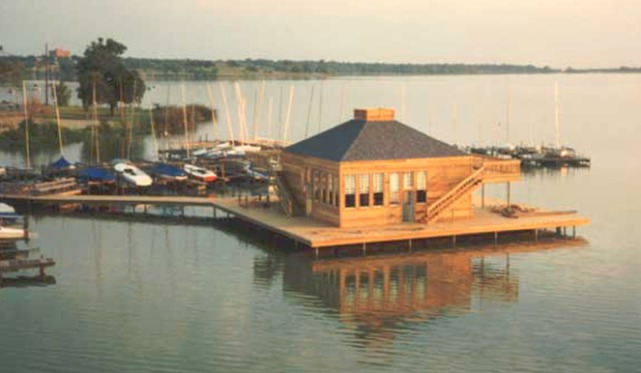 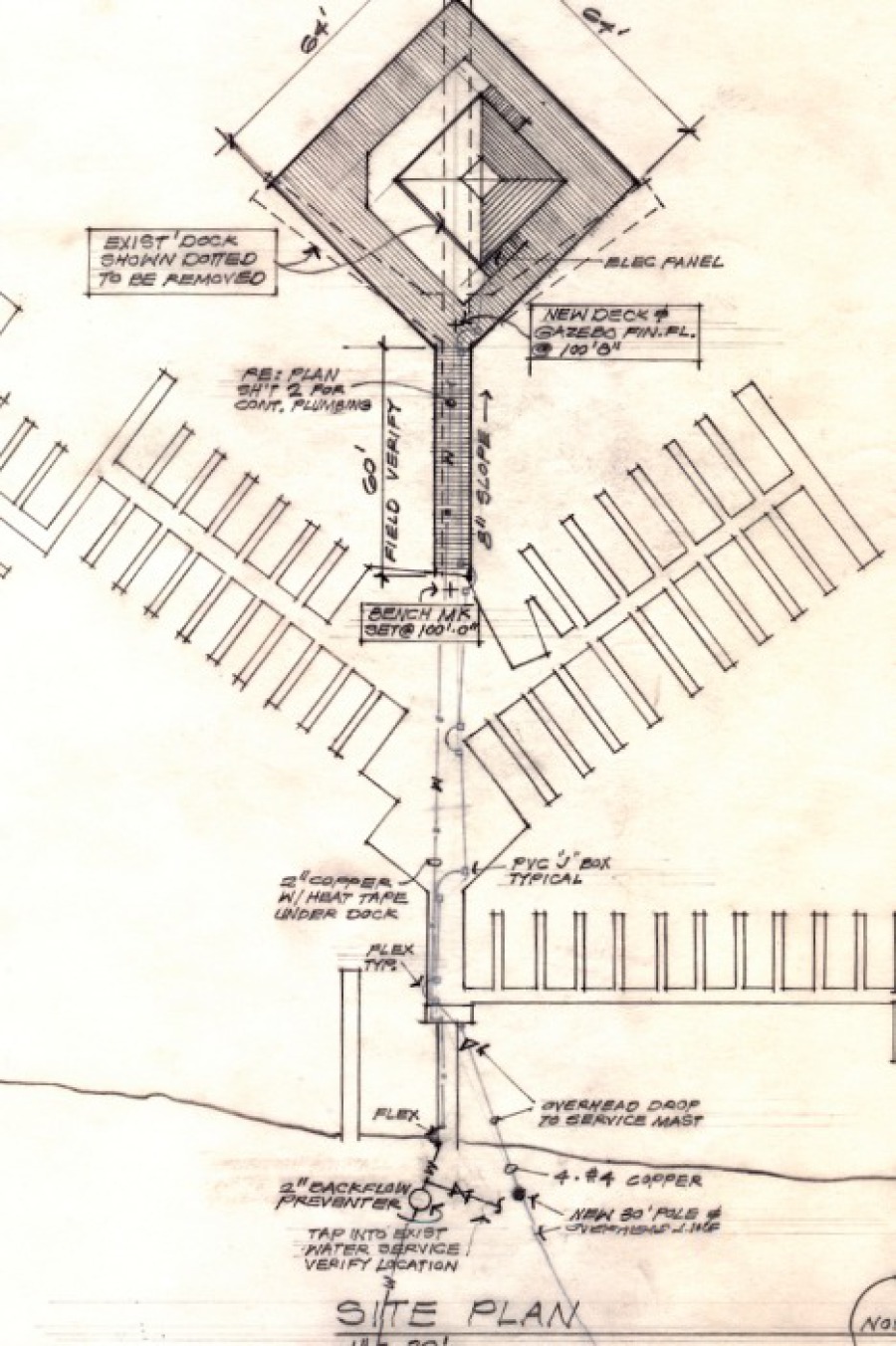 Building is a new clubhouse built to replace orginal building that had fire damage. The orginal club was built closer to land and since the primary use of the club was for watching boat races, we proposed to build the new club above the water deeper in the lake. The structure of the building and the deck consist of steel pipe columns and I beams with wood framing infill. The program is accustomed to watching boat races by having a larger deck and a 2nd floor balcony on the left side of the building. The center extrusion is a vent used to combat heat build up. Tall windows were placed on the north corner of the building to allow for plenty of natural light .